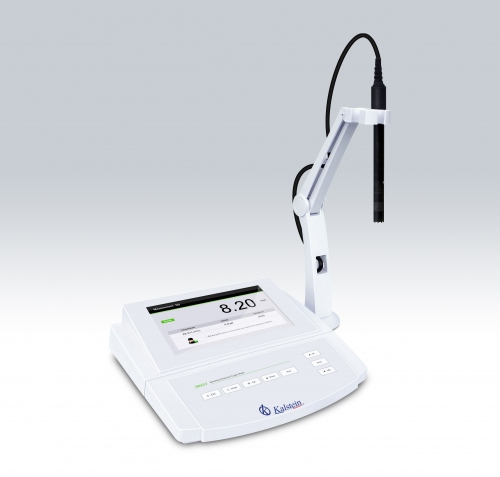 Dissolved Oxygen (DO) is the gaseous oxygen that is dissolved in an aqueous solution, it is also defined as the measure of the amount of oxygen that is distributed in a system. Dissolved oxygen is related to water quality and can be accurately measured with an oxygen meter.

Oxygen meters are used to measure and control the oxygen content at various points in the water circuit of steam boiler installations, with the aim of preventing corrosion of metals caused by oxygen, due to its oxidizing power. Among other uses, is the care of aquatic ecosystems and more.

Dissolved oxygen measurement is also essential in the field of pharmacology, because in fermentation and cell culture to ensure optimal conditions for the cell, since low levels of oxygen concentration can affect the growth rate, nutrient absorption, cell morphology, and metabolism syntheses; that is equivalent to a decrease in the quality of the final product.

How does a dissolved oxygen meter work?

An oxygen meter works through integrated probes, which have the ability to measure oxygen levels. These probes work in conjunction with optical fluorescence, galvanic or polarographic sensors, thus providing a safe and efficient measurement.

Current meters generally employ two types of dissolved oxygen sensors: electrochemical and optical. Optical sensors work on the principle of fluorescence quenching. A luminophore that is part of the membrane is excited by the light of a blue LED, emitting in turn a red light. Dissolved oxygen in the sample quenches the excitation. In cases where the presence of oxygen is not present, the lifespan and the signal are the best. These devices usually have a temperature sensor built into the oxygen meter, allowing it to perform automatic temperature compensation.

In electrochemical sensors, a thin, permeable membrane isolates the sensor elements from water. Oxygen passing through the membrane is reduced creating a current that the meter converts into a measurement of oxygen concentration.

At Kalstein we are MANUFACTURERS of laboratory equipment and we offer you a new dissolved oxygen meter at the best PRICE on the market. Visit us at: HERE

nextOxygen meter: How is it used? (twenty-one)