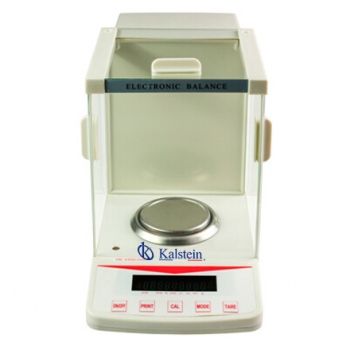 The balance is a laboratory instrument that measures the mass of a body or chemical substance, using the force of gravity acting on the body as a means of comparison. The word comes from the Latin terms:

It should be taken into account that weight is the force that the gravitational field exerts on the mass of a body, such force being the product of the mass by the local acceleration of gravity. [F = m x g]. The local term is included to emphasize that the acceleration depends on factors such as geographical latitude, height above sea level and land density, at the place where the measurement is made. This force is measured in Newton. Did you know? The balance has other names, including scales and scales.

What is the balance for?

The balance is used to measure the mass of a body or substance or also their weight, since between mass and weight there is a well defined relationship. In the laboratory, the balance is used to carry out quality control activities – with devices such as pipettes -, to prepare mixtures of components in predefined proportions and to determine specific densities or weights.

Some types of balances

The balances differ from each other by the design, the principles used and the metrology criteria they use. At present it could be considered that there are two large groups: the mechanical scales and the electronic scales.

What are the most common mechanical balances?

In Kalstein we present sophisticated analytical balances, equipment with a high level of technology and precision that will allow you to obtain much more reliable results in your laboratory. That’s why we invite you to take a look HERE

previousWhat applications do refrigerators have in the healthcare sector?