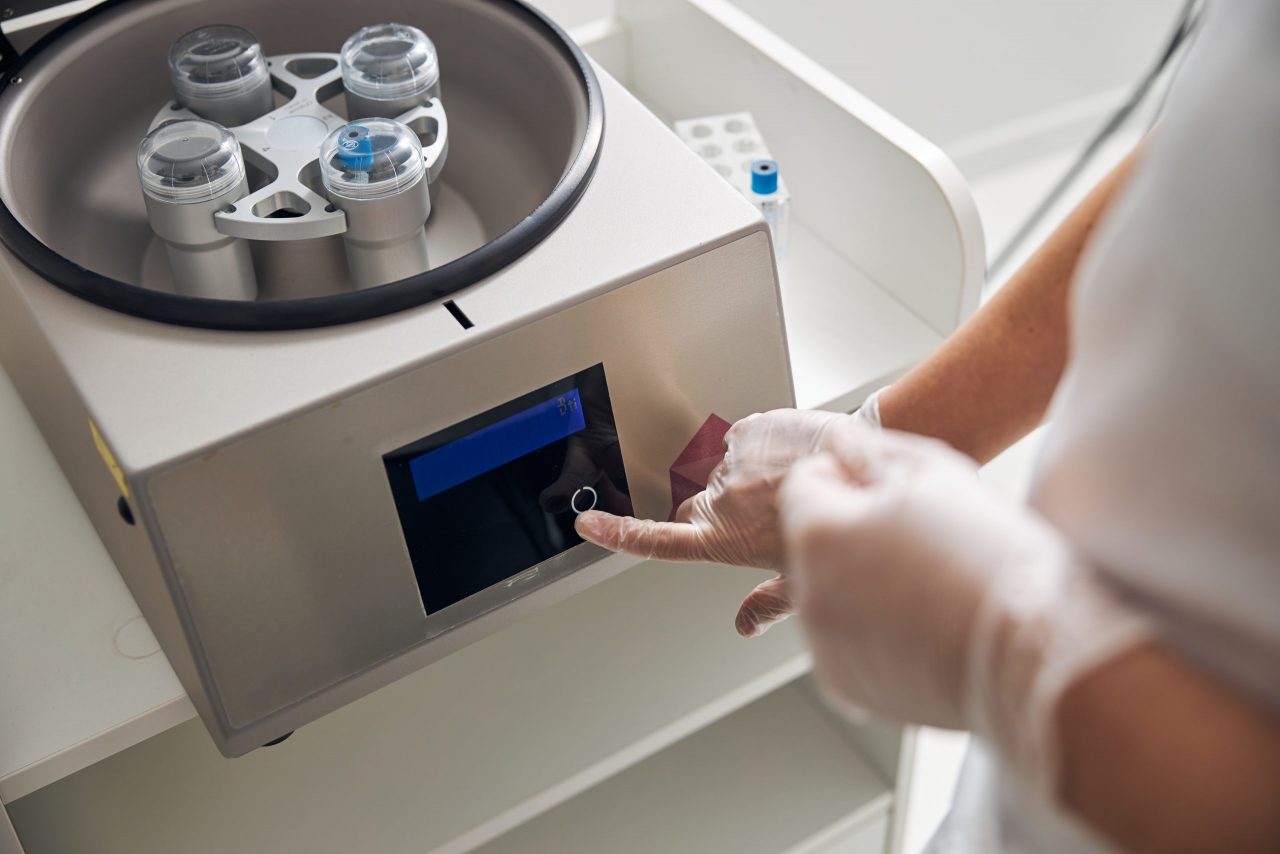 A centrifuge is a piece of equipment that separates particles from a homogeneous solution through rotational movement and centrifugal acceleration, causing sedimentation of its components.

The centrifuge is used in various places such as in clinical laboratories, where blood is analyzed and divided into its component parts to obtain plasma and blood serum. It is also used in the field of industry in the production of olive oil, to separate the oil from the rest of the components of the olive such as bone, water, and pulp. Likewise, we can find it in factories that make citrus-based juices, where they use it to control the level of pulp in the juices.

For each investigation or analysis there is a special type of centrifuge, and the type of centrifuge is determined by the value of the relative centrifugal force (F.C.R.), this is the force that is needed for the separation of the particles to take place. Depending on the rotational speed range there are several types of centrifuges:

How does a laboratory centrifuge work?

Centrifugation is governed by Stokes’ law, who proposes that the particles settle more easily the greater their diameter and specific weight, and the lower their viscosity. It should be considered that the function of the liquid is essential, without its viscosity all the particles would precipitate at the same speed.

Centrifugation is a separation technique used to isolate or concentrate suspended particles in a liquid, taking advantage of the different displacement speeds depending on their shape, size or weight when subjected to centrifugal force. Centrifugal force is the force exerted on a body when it rotates around an axis. This force, whose magnitude is directly proportional to the mass of the body, the radius of gyration and the speed of rotation (or angular), is perpendicular to the axis and tends to move the body away from it. Centrifugal force can accelerate the sedimentation process of particles that tend to do so spontaneously (density higher than liquid), or those that tend to float (density lower than liquid).

At Kalstein we are MANUFACTURERS and we offer you an excellent range of centrifuges, of the highest quality at the best PRICES on the market. That is why we invite you to take a look at the Products menu.

previousWhat is a laboratory water deionizer?

nextTurbidimeter: What are its parts?