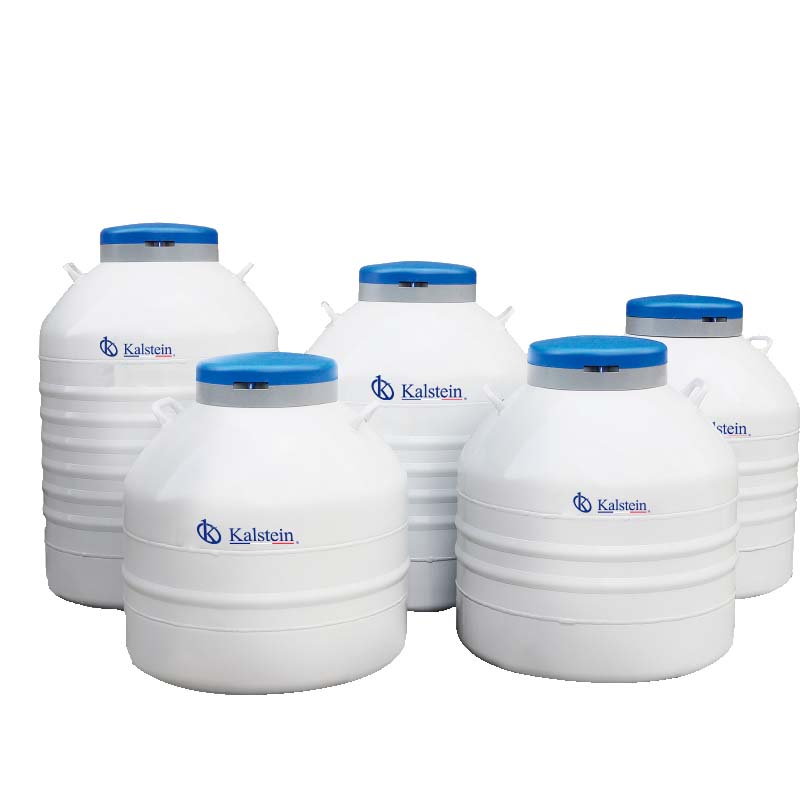 For the conservation of biological samples, liquid nitrogen is generally used, which is more expensive than dry ice and there are more potential risks regarding its management. However, for different types of samples to be stored in the vitreous phase (in this case less than -150 °C is used), the liquid phase nitrogen is the only option, since it has a boiling point of -195,8 °C and a freezing point of -210 °C. This cryogenic preservation process can be useful for:

What are the issues to consider when working with liquid nitrogen?

The use of liquid nitrogen for biological sampling should be done with caution. This popular coolant boils quickly when it touches surfaces that are hotter (or less cold), which decreases the efficiency of the procedure. Additionally, when a substance boils at temperatures below the freezing point of water, an effect occurs where an insulating covering of nitrogen bubbles forms on the cooled object, known as the Leidenfrost effect.

This effect can be partially compensated by immersing objects in a mixture of solid and liquid nitrogen, rather than just the element in its liquid form, thus achieving faster cooling. It should not be ignored, that people who handle liquid nitrogen should do with all precautions and safety standards to avoid any accident.

What kind of containers are required to work at low temperatures?

Special tanks and vessels compatible with cryogenics are needed to work with extremely low temperatures. Typically, such containers have a vacuum chamber and payload that depend on the use of the container, but generally, both of the following can occur:

Why is it necessary to keep biological samples in cryogenics?

Liquid nitrogen has the ability to maintain extremely cold temperatures. In these cryogenic conditions, the presence of impurities is limited and the processing of substances with a high reactivity is facilitated. This is because extreme cold improves the selectivity of the reaction, and avoid or reduce secondary reactions that generate variations in the initial composition of the sample.

An important aspect of cryogenic cooling is the avoidance of ice crystal formation. Under these conditions, cells and tissues are preserved in a state called vitrified. In this condition, the water in the sample goes directly into the amorphous ice phase, allowing the sample to freeze over the long term. Such cooling conditions are appropriate in the following areas:

Nitrogen tanks from the laboratory equipment and instrument manufacturer Kalstein, are specially designed containers to store nitrogen for researchers who require biological samples to be stored in cryogenics. By design (vacuum insulation between internal cavities) and the type of material (aluminum) from which they are built, they are resistant, durable and good thermal insulators. Incorporating liquid nitrogen absorbers (LN 2 ) that prevent this spill by accident, and are retained by a stainless steel mesh so that the sample does not become contaminated. For further technical specifications, purchase or price inquiry, you can check the link HERE

nextUse of Nitrogen Tanks for the Dermatological Sector