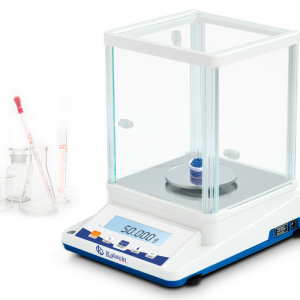 Various types of antiretroviral drugs, in the form of mixtures, are used to treat HIV infection. These drugs prevent the HIV virus from entering human cells or block the activity of one of the enzymes the viruses need to replicate in human cells and/or to incorporate their genetic material into human DNA. By interfering with the virus’ cycle, this prevents the virus from spreading in the body and makes the virus undetectable in specific laboratory tests.

Drugs are divided into classes based on their effect against HIV. Use of a mixture of these drugs is usually suggested to give antiretroviral therapy (ART) the expected effect and undetectable viral load in the blood. In this sense, the drugs present in the mixtures are:

Use of the balance in the manufacture of antiretrovirals

In antiretroviral therapies, doctors recommend mixtures of substances with the same or different pharmacologic actions, whose combined action increases the effectiveness of the therapy. For example, for initiation of therapies, they suggest using two reverse transcriptase inhibitors (RTIs), or an RTI with one protease inhibitor. In any case, the best prescription is decided by the treating physician.

For these mixtures, specific doses of the drugs are used, since in the appropriate doses they exert the expected effect, with fewer side effects, and with a predictable pharmacokinetics that determines the time-dose relationship of ART. It should also be noted that very small doses of boosters such as ritonavir are incorporated into some formulations. This is why the analytical balance is used to:

Why use a Kalstein brand analytical scale to make antiretrovirals?

Kalstein’s analytical scales meet the highest quality standards, such as those required in the drug industry, and in particular for HIV antiretroviral treatments. With the models YR053501 // YR053502 you can weigh such small masses from 10 mg, with an uncertainty close to 2%. It has some interesting features, such as a high-contrast LED display (eased weight readings) and tare function, which helps in weighing.

For images of these models of balance, purchase and price, you can go to HERE, where you can also consult other technical aspects, such as the dimensions of the equipment, connectivity and requirements of the power supplies. You can also consult the company’s home page https://www.kalstein.us, where you will get relevant information about this and other equipment of the brand, as well as its accessories.

previousWhat are the procedures of Microwave Digestion in environmental samples for the agricultural sector?