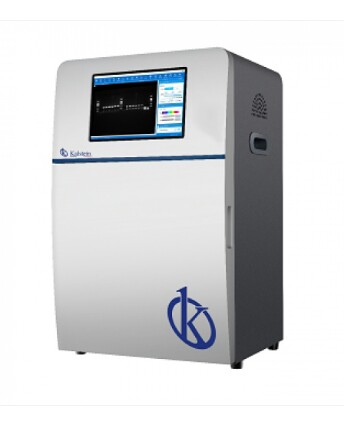 A gel photo documentation system is a composite system used to observe, take photos and analyze the bands of the gels obtained from electrophoretic runs. These systems are designed to allow obtaining sharp, high-quality images, offering better analysis, and providing a results backup system, which is essential when publishing the results of an investigation.

These equipments allow the reading of the results in a fast and precise way, they reduce the probabilities of human error when analyzing and quantifying the results, because it allows us to observe those bands that are not observed with the naked eye, such as those observed by fluorescence, thanks to the presence of a series of specialized elements that allow the image to be captured.

Electrophoresis is one of the main molecular biology techniques, they are considered the most used technique in laboratories in everything related to nucleic acid research. Using electrophoresis, we can separate DNA and RNA fragments based on their size and electrical charge through their migration through a porous material (gel), visualize them by means of a staining, many of them based on fluorescence, such as ethidium bromide. , and determine the content of nucleic acids or proteins in a sample, thus having an estimate of their concentration.

Fluorescence is part of the luminescence processes. In which susceptible molecules emit light from excited states. That they are created electronically by a physical (for example, light absorption), mechanical (friction), or chemical mechanism. The generation of luminescence through the excitation of a molecule by photons of ultraviolet or visible light is a phenomenon called photoluminescence. This is formally divided into two categories, fluorescence and phosphorescence. Depending on the electronic configuration of the excited state and the emission pathway.

Fluorescence is the property of some atoms and molecules to absorb light at a particular wavelength. And subsequently emitting longer wavelength light after a rapid interval, called a fluorescence lifetime. The phenomenon is a surprising manifestation of the interaction between light and matter.

Ethidium bromide is an intercalating fluorescent dye, that is, it has an affinity for DNA, since it is introduced between its bases. Its usefulness also derives from its fluorescence, and this capacity is increased when it is in a hydrophobic environment, that is, when it is bound to DNA. This dye is excited by short wave ultraviolet light, 254 nm, and emits its fluorescence as visible light, pinkish-orange in color. In electrophoresis, it is used to “stain” the DNA, to reveal its position on the gel.

What is a fluorescence gel photo documentation system for?

The greatest benefit offered by a gel photo documentation system is that it allows to provide results with high quality and in less time.

At Kalstein we are MANUFACTURERS and we offer you our documentation system for gels at the best PRICE on the market. That is why we invite you to take a look at the Products menu.