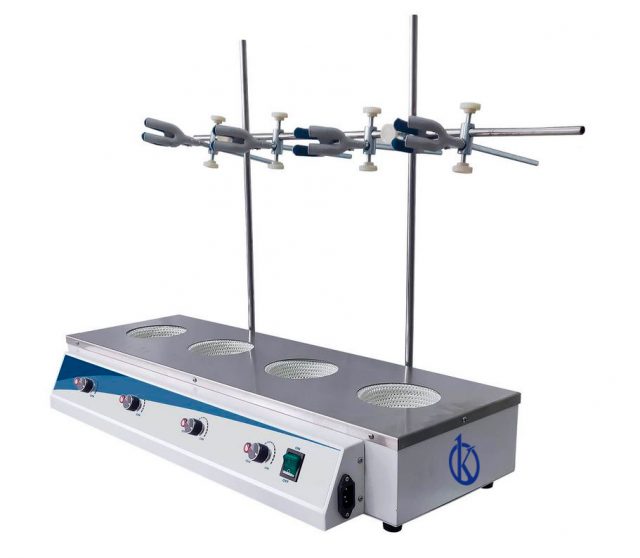 Distillation is a chemical process through which it is sought to separate liquids contained in non-volatile solids, that is, what is wanted is to convert a volatile liquid into vapor, so that it later condenses and becomes a liquid again. Simply put, it’s like the steam in a teapot condensing on some cold surface.

Distillation is used in many chemical processes, including: to obtain liquid products of value or to separate liquids that have different boiling points, such as kerosene from gasoline, or crude petroleum hydrocarbons. It has applications in other industries, such as liquid purification, including water.

Simple distillation is based on Raoult’s Law, a thermodynamic law that allows a calculation of the vapor pressure of a given substance that is part of a dissolution. For the water purification process, simple distillation removes non-volatile impurities, however, by distilling only once, unwanted elements could still remain.

Double bidistillation or distillation, as the name implies, is a distillation process that is performed twice. The idea of performing a distillation more than once, is to completely eliminate impurities, every time a product is distilled, the liquid to obtain is more pure. For this reason, it is much better to choose water purification equipment that performs double distillation, since this way a more purified water is guaranteed.

In addition to purifying water, double distillations are commonly used in the liquor industry, in fact many whiskeys are distilled two or even three times, this is because, the more times a liquor is distilled, the lighter and purer the final product will be obtained. So, for certain procedures, it is better to choose a double-distillation system.

To make a distillation it is necessary to assemble a kit, which must consist of the following elements: a flask whose mouth must be ground glass, a thermometer, a distillation head, a coolant (may be water), a distillation tail and a flask that collects the substance obtained from the chemical process. The following are the details of each of the elements:

What are the applications of distillation?

In the purification and desalination of water. Many purification teams use the distillation technique to remove non-volatile impurities from water. In the same vein, it is also used to eliminate salt from water, mainly in areas of the planet where there is not enough drinking water and it must be obtained from salt water.

In oil refining. When the oil is extracted, it is very common that it contains certain unwanted components that require disposal, for this purpose distillation is used. Many hydrocarbons in oil have different boiling points, allowing them to be distilled. And in the field of cosmetics, in this branch, distillation is used to obtain essential oils that can be incorporated into certain products.

At Kalstein we are MANUFACTURERS of purification systems that allow to obtain high quality distilled water through different methods, including distillation. Our models are of high quality at affordable PRICES, as they feature a disposable integrated purification column design and, being connected to an existing water source, provide an ultra-pure water solution adapted to the current laboratory.

nextCare and maintenance of an optical surgical navigator?