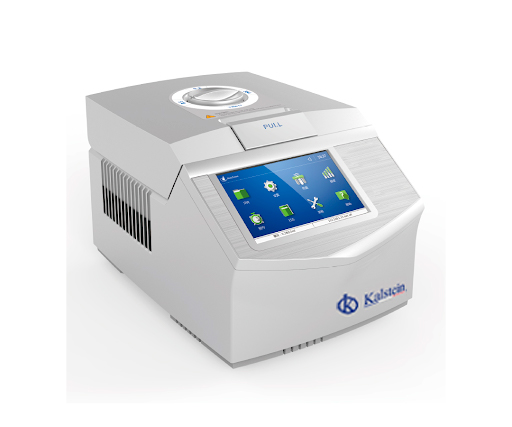 The thermocycler is a laboratory molecular biology team that allows the polymerase chain reaction (PCR) efficiently and quickly, by performing automatic and cyclic temperature changes required for the amplification of a deoxyribonucleic acid (DNA) chain, from a thermostable enzyme. The PCR technique allows a small amount of DNA molecules to be amplified many times, exponentially.

It is commonly used in medical and biological research laboratories, with a wide variety of applications, including detection of gene expression and hereditary diseases, identification of genetic fingerprints, gene cloning, paternity testing, DNA computing and diagnosis of infectious diseases. Thermocyclers are used for qualitative amplifications or to quantify the amount of amplified DNA.

How are these teams made up? how do they work?

The most common thermocycler model consists of an electrical resistance block that distributes through a plate a homogeneous temperature during times that can be programmable, usually with temperature ranges from 4 °C to 96 °C. Because the reactions incubated in the equipment are in aqueous solutions, they usually include a lid plate constantly heated to 103 °C to avoid condensation of water in the tubes covers where the reaction occurs, and thus prevent the solutes from concentrating, which would modify the optimal conditions for the polymerizing enzyme and the mating thermodynamics of the primers.

There are also other less-used technologies using hot air distribution in suspended tubes, achieving the same goal of efficiently transferring heat to the reaction so that temperature cycles change. In the thermocycler, fast and continuous cycles are programmed to start the separation and denaturation processes of the molded DNA chains at low temperatures, then at low temperatures the ring of the primers so that then the Taq polymerase acts by incorporating the dNTPs according to the mold DNA during the PCR process.

Since their beginnings, thermocyclers have been developed to adapt to different needs, for example, there are thermocyclers in which the cycles do not produce evaporation of the mixture (using drops of mineral oil), others that allow to perform several programs at the same time and others that allow to work at different temperatures, and many others more. But as far as the standard model is concerned, we will find as features a keyboard and screens which indicate the temperature, cycles and time.

For some years now, several companies that manufacture and market these equipment have changed the electrical resistance to Peltier technology, taking advantage of the properties of semiconductors. The current thermocyclers are able to make rapid changes in temperature, and thus perform the steps of denaturation of DNA, alignment or binding of the primer with the complementary DNA sequence and extension of the DNA chain in a cyclic form. In other words, thermocycler technology has become very versatile in terms of the different needs of experiments that are emerging over time. Among the different types of thermocyclers we can mention:

For more information we invite you to take a look HERE

previousTurbidimeter or turbidity meter. How should it be used?

nextHematology analyzers and biochemistry analyzers: what are the differences?